In 1930 Robert Shiomi graduated medical department of University of Oregon, and started intern in NY with rosy future. However, the world was moving towards world war, starting from Manchurian Incident in 1931, resulting the Sino‐Japanese war in 1937. May 23rd 1941, when relationship between Japan and America could not get better, Robert sponsored Dr. Shiomi scholarship and announced it in local paper Oregonian (Photo1) under name of Portland chapter of the Japanese American Citizens league (JACL) in which he was president of.

“It will sponsor two $100 tuition scholarships, one to be given at Oregon State college and one at the University of Oregon.”
“”For the benefit of any student, of whatever racial background”
“One requirement is that a student, to be selected, must have shown an effort to promote friendship between American citizens of the two races”

The winner of the scholarship that closed its application in 10th June remains unknown, but despite Robert’s effort for peace using his own purse, as history shows, Pacific War broke out 8th Dec of the same year.

Oregonian of 23rd May of the same year reports that Robert Shiomi took charge of the hospital at Portland Pacific internment reception center (Assembly center), one of the 16 reception centers opened at the time. 5 photos below shows Dormitory for single male (right below), cafeteria and newspaper reporter, (Left below), Hospital within the center (right above), Robert Shiomi (upper center) Kate Smith, popular singer at the time, campaigning wartime bonds (upper left)(Photo2) 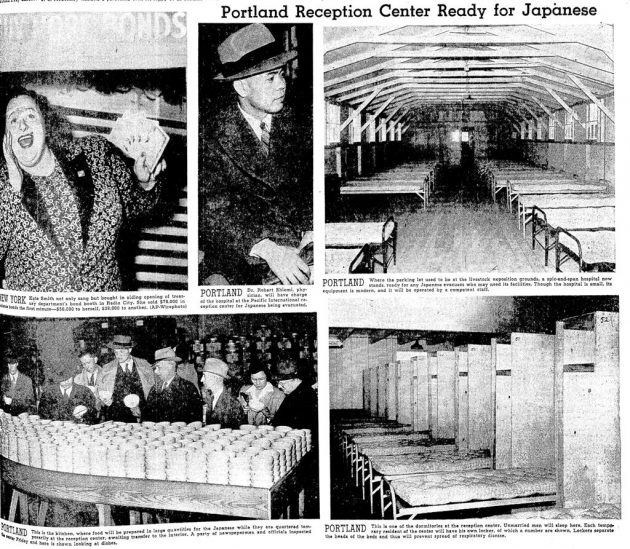 Not much is known why they were transferred to different location and Robert hardly talked about his time in the camp. Photo is left of Manzanar internment camp in archive which shows Robert treating young boy.* In the archive lots of smiling photos of Japanese in the camp is left but one can only wonder how hard it must have been to be taken in with single suitcase and leave his/her life on hands of US military. 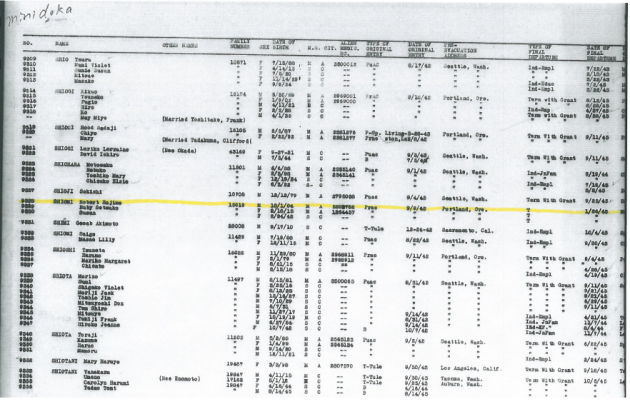 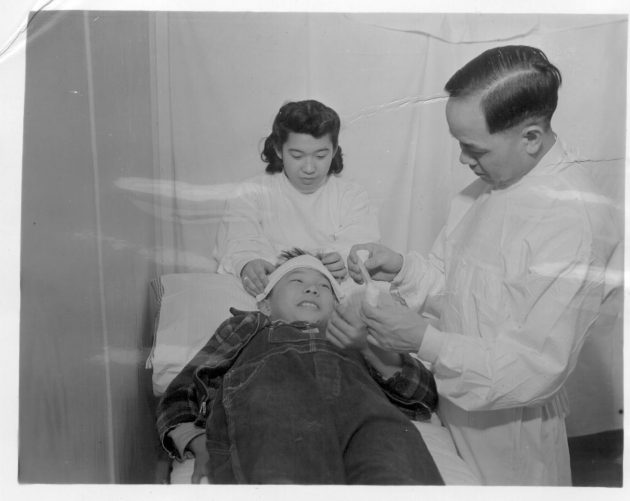 *Robert Shiomi treating young boy at Manzanar camp.
A small article in Oregonian reported that Robert Shiomi returned to Portland and started his practice on 25th May 1946, 9months after end of the war (Photo5).

S.W.Vista Avenue was high-end area in Portland and at that time, apart from servants, non-white race was restricted to work by law. It was a small article but was big event to tear down racism in Portland.